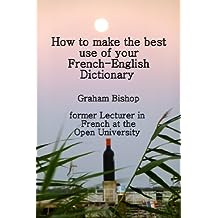 
Or were they? Did the islanders save some of the sculptures themselves and conceal them on the island before the salvagers arrived? Why is an Italian diving team now searching the wreck?

Pierre Rousseau and his Greek colleagues become involved in investigating what could be the find of the century. Returning lost scuptures to the Acropolis Museum in Athens would create a sensation. Or is all just a hoax to attract more tourists to the island? And here you can read the first bit , the writing seems rather lacklustre to me. But the possibility that some looted bits of the Parthenon might be in the sea in Greek territorial waters is an interesting one.


In fact the wreck has been located and is currently being excavated. Let the British just try and demand the return of the objects personal effects of the crew for example from this British ship No Parthenon bits so far.

CONTENTS OF THE FIRST VOLUME.

The NYT characterises Turkey's "tactics" as "aggressive" and links them to the country "asserting itself politically in the Middle East in the wake of the Arab Spring" eh? Bilefsky says this has "particularly alarmed museums. Officials here are refusing to lend treasures, delaying the licensing of archaeological excavations and publicly shaming museums". He does not explain why Turkey should lend objects to museums that will not recognize their right to other objects and refuse to give them back - if they hand onto what they've already got from Turkey, why should Turkey lend them even more?

Why should the Turks allow foreigners free and easy access to Turkish archaeological sites? It is not a "right" to be able to march into a foreign country and dig through its archaeological record at will. Why should we not shame museums who thumb their noses at foreign nations and their concerns? Museum directors say the repatriation drive seeks to alter accepted practices, like a widely embraced Unesco convention that lets museums acquire objects that were outside their countries of origin before Well, that's not actually true.

Basically if the Norbert Schimmel collection contains items which were illegally excavated, and illegally removed from Turkey, then - "Convention" or no "Convention" - why would the Met WANT to keep them? Becoming party to the Convention surely is an indication of what a given country and its citizens consider right and proper, it contains principles which the act of accession surely indicates that a given state considers to be universal.

Met director, Thomas P. Campbell, said his museum believed the objects sought by Turkey "had been legally acquired by Norbert Schimmel in the European antiquities market in the s before being donated to the museum in , and thus were in compliance with the Unesco accord". I'd say the Prussian "Cultural" Heritage Foundation is not well served by the all-too-public expression of such sentiments. Copyright: Acropolis Museum. Tom Flynn has a piece published yesterday ' Greece prepares for fresh assault on the British Museum over the Parthenon Marbles ' 20th Sept This follows the announcement by the Greek Ministry of Culture that it will now re-establish a special advisory committee to coordinate actions which will secure the repatriation of the Parthenon Marbles currently held in Britain.

He quotes 'Alternate Culture Minister' Costas Tzavaras saying: "Greece's moral right is above every objection that is based on arguments aired as mere delay tactics, and aiming to brush aside the basic principle that is universally applied, namely, the necessity of cultural monuments to be repatriated, meaning a return to the place of their origin". Flynn comments: That word "universally" jumps off the page.

I'm not so sure the British Museum — the self-styled "universal" museum par excellence — would subscribe to any principle, basic or otherwise, that would support the repatriation of cultural monuments to their place of origin. Meanwhile, December could be crunch time for the Greek economy, with commentators of every stripe queuing up to predict Greece's exit from the Eurozone.

Were that to happen it would surely increase the desire for repatriation of the Marbles as Greece seeks to reassemble its sense of national pride and cultural identity. If the Marbles are essential to the British Museum's tourist revenues — which we know them to be — it logically follows that they would bring a similar benefit to the New Acropolis Museum were they to be installed where they belong in the new museum's beautiful Parthenon Galleries. It will be interesting to see whether this new cultural committee manages where past initiatives have signally failed to maintain its momentum and presses its claim through the proper diplomatic channels with a tough follow-through.

The Financial Times has an article today which its author Peter Aspden claims is a presentation of the "repatriation debate". But I cannot share and comment on it as I would like, as the paper tells its readers: " High quality global journalism requires investment. I did not read it, but on skimming it note that it seems to have a big chunk which looks as if it's cobbled together from Cuno's book.

What are the chances that this text it goes beyond the usual object-centred arguments and the "how to protect your investment in art" advice? Aurelie Filippetti says 'no'. Committee President Silvano Vincenti said he has made a formal request to the French minister of culture, Aurelie Filippetti, for the painting to be given back.

Leonardo is thought to have begun work on the enigmatic portrait of Lisa del Giocondo, the wife of a wealthy Tuscan silk merchant, in Florence in But art historians think he took it with him when he moved to France in The French Royal family then acquired it and following a spell at Versailles it ended up at the Louvre museum after the French Revolution. So, no real grounds for it "going back" it seems to me.

Surely this is just a publicity stunt. 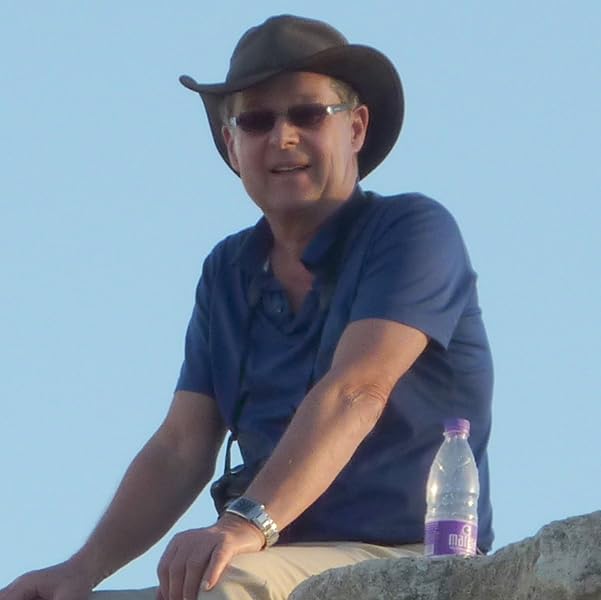 The University of Pennsylvania's Penn Museum has made a deal with Turkey over 24 pieces of ancient Trojan-style gold jewellery that seems to have been looted from northwestern Turkey in the s. It has lent the pieces to that country for an indefinite period. In exchange, the Turkish government pledged to lend other artifacts for a one-year exhibit at Penn's Museum of Archaeology and Anthropology[ The exchange represents an amicable agreement in a realm often marked by rancor [ They're delighted to have this back, but I think everybody wins here.

That amount of arsenic, 40 parts per million, is similar to levels found in northwestern Turkey, he said. But Pernicka, who also studied the metal itself, said he could not prove it was from Turkey, adding that Greece was a possible alternative. This knowledge gap illustrates what can happen when artifacts are not excavated in an academic fashion, said C.

Brian Rose, curator of the Penn museum's Mediterranean section and a professor of archaeology. But officials were troubled by the uncertain origin of the objects, and the museum decided in it would no longer acquire undocumented artifacts. It was the first museum to make that move. It turns out that the items had been bought in from Robert E. Hecht Jr. He said he was not bothered by the lack of documentation. Vignette: One of the necklaces Charles Fox,.


It is apparently quite unapologetic about that aspect of collecting. Instead we are regaled with the tale that: "this is the first book to look at Indian temple sculpture within its full context, from religion and ritual to architecture and iconography.

John Guy examines the sculpture as an instrument of worship that embodies powerful religious experiences, and considers its cosmological meaning, its origins, the temple setting, and the role of sculpture within it, also revealing the vivid rituals and traditions still in practice today. An excellent introduction to the three traditional religions of the Indian subcontinent—Hinduism, Jainism, and Buddhism—through the myths and manifestations of the principal deities, Indian Temple Sculpture will fascinate all those interested in Indian culture".

I would have thought that those who actually are "fascinated by Indian culture" a bit more than just wanting a coffee table book on it could relatively easily hop on a plane and go and see it first hand. Perhaps these disparate fragments should go back, and then they can be properly appreciated in that setting which the book tries to recreate for them? Surely in these days of easy intercontinental travel, European and North American trophy collections like this made at the expense of stripping a fragile monument the other side of the global village are a damaging anachronism.

I did not buy the book, it would have just made me angry. The British Museum has once again reiterated that they would consider loaning the Parthenon Marbles it has, but that "Greece can forget about their return". This was in the context of a recent announcement that it was ready to discuss return of some of the marble pieces: New Acropolis Museum Director Demetrios Pantermalis said on Aug. The British Museum has consistently rejected successive Greek calls for the return of the Marbles ripped off the building in to , arguing that the sculptures "are part of world heritage and are more accessible to visitors in London".

That would hardly be worth the packing, cost of transport and insurance would it? What "ownership rights" would those be? I wonder whether on a par with the finders' rewards the museums of Britain pay artefact hunters, full market value, in order to establish those "owners' rights" the Museum would be willing to pay the Greek government the full market value of every single fragment of the Parthenon Marbles it intends to keep as long as possible. How much would a single Parthenon Metope with good collecting history going back to to be worth if it came onto the open market individually?

Can Britain afford to pay the actual cost of what it has in effect stolen from the Greeks? These days that will not even buy a single Roman copper alloy parade helmet. There is an interesting report by Ian Cochran on Australian Network News called 'Legal battle to return ancient artefacts', but actually the report is about the Australians' legal battle to RETAIN ancient artefacts, through a new 'immunity from seizure law', which basically means if somebody comes along with information an object on exhibition in an Australian museum is looted, they are sent packing.

Somewhere Theres A Someone

So much for crowd-sourcing and wikiloot. This brief report is quite an interesting comparison to the discussions about museum loans and museum seizures in the US, but also introduces the 'indigenous voice' Garry Murray: "invent laws to return stuff, don't invent laws that give comfort to people who've stolen stuff" - well said. Almost four years ago Sunday, 28 September I wrote this post: Half a century on and we're still just talking about it This is just getting embarrassing.

So what are heritage professionals in the UK doing to hurry the process along? Is it possible the UK is waiting for the document's sixtieth anniversary in just 20 months' time before jubilantly announcing to the world, "OK, we'll agree to ratify it now"? The Song of Deborah may date to as early as the 12th century BC and is perhaps the earliest sample of Hebrew poetry. Click here for Shulamith Firestone's chart of Engels' overview of history from before history writing to the envisioned future of a communist society.

Language of evolutionary anthropology. Some terms that Engels, Durkheim, Freud and others used.

In the fourth year of his reign, "he began to build the house of the Lord " [The first Temple of Jerusalem]. This temple lasted to BC See Tabernacle , and second temple.